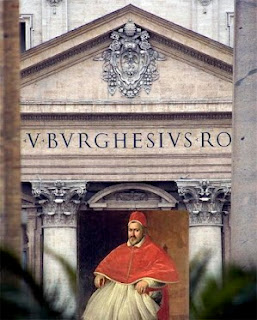 According to the almanac of European Nobility known as the Semi-Gotha, the Pope that financed and completed the construction of St Peter's Basillica (the Vatican) inscribed the Family name "Borghese" (BVRGHESIVS) over the main Entrance, and established the first National Bank of Europe was Jewish (Crytpo or Converso) : Borghese Family and other European Jewish Nobility
"Pope Paul V (Camillo Borghese) financed the completion of St. Peter's Basilica, and improved the Vatican Library. He restored the Aqua Traiana, an ancient Roman Aqueduct (named after him Acqua Paola), bringing water to the rioni located on right bank of the Tiber (Trastevere and Borgo). Like many Popes of the time he was also allegedly guilty of nepotism, and his nephew Scipione Borghese wielded enormous power on his behalf, consolidating the rise of the Borghese family.
Paul V also established the Bank of the Holy Spirit in 1605." The Bank of the Holy Spirit (Italian: Il Banco di Santo Spirito) was a bank founded by Pope Paul V on December 13, 1605. The Bank was the first national bank in Europe (as the bank of the Papal States), the first public deposit bank in Rome, and the oldest continuously-operating bank in Rome until its merger in 1992. Bank of the Holy Spirit 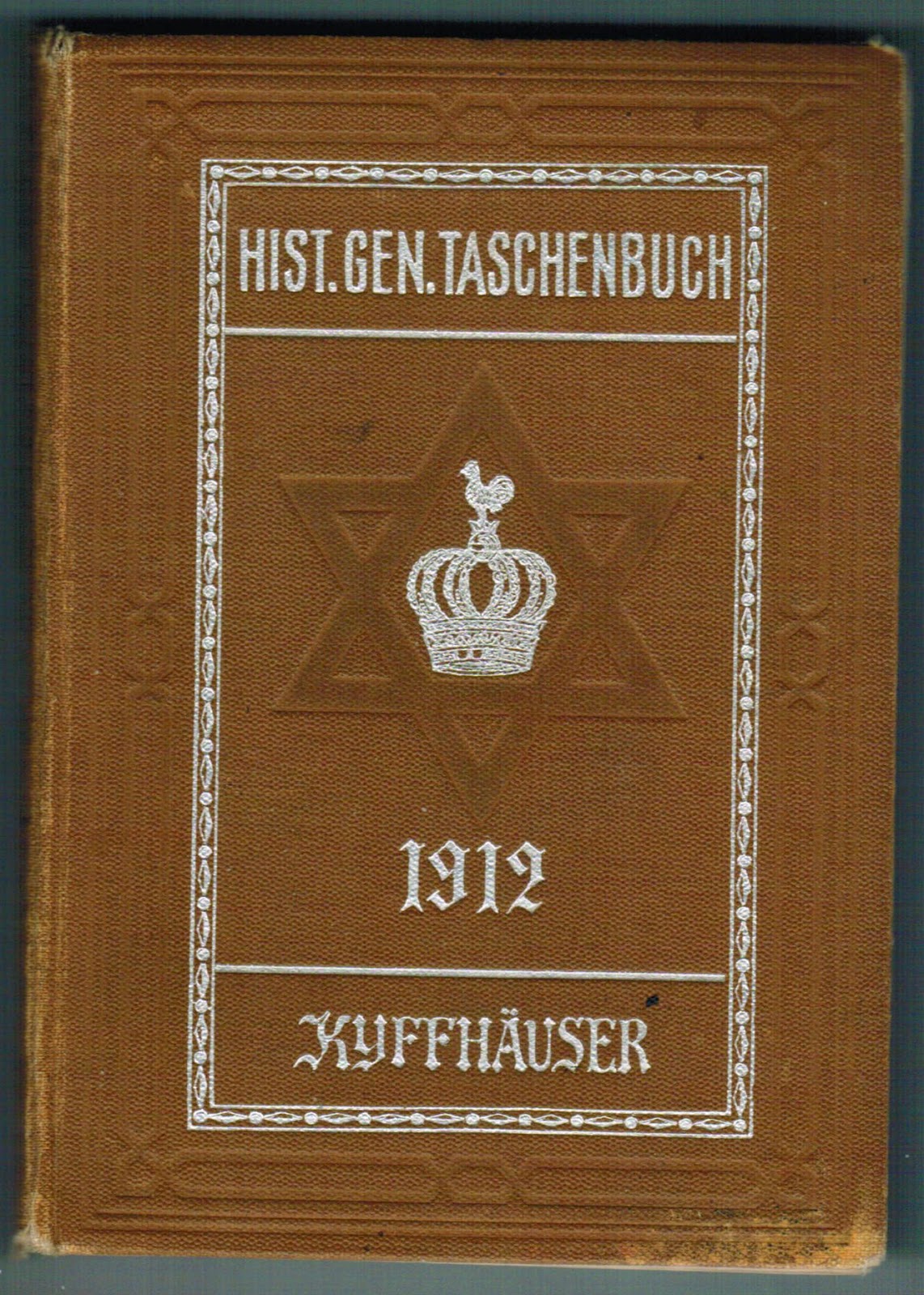 Aldobrandini, Princes - in the male line a branch of the Borghese family, considered of ancient Jewish origin.

Torlonia, converts at the end of the 18th century, ennobled 1794, Patricians 1809, Princes 1814, Dukes 1847. Divided into two lines of Dukes Torlonia and Princes of Civitelli Cesi The junior line became extinct in the male line and was substituted with Borghese, also of Jewish descent


Now a certain number of Catholics may not be too thrilled about this revelation, but when you consider how many other leaders of the church were Jewish .... Y'shua(Jesus), Kefa(Peter), Ya'cov(James), Yehuda(Jude), Shimon(Simon) and many more of the bar Yosef family. These were all great Tsadeks in the Netzarim (Nazarene)Tradition.

Semi-Gotha is the premier almanac on the European Nobility. Paul V belonged to this family from Siena which was closely connected to the Aldobrandini family who are also said to be of Jewish ancestry. However they were Catholic for a very long time even if crypto Jewish for a few centuries. The decendents of this Family are said to belong to the E1b1b1-M35.1 Haplogroup. The E Y-DNA (E1b1b1-M35.1) is also a common one among Jews coming from the period of the second Temple when Samaritan Levites (who belong to E ydna) entered Judaism.

``Clement VIII was an Ippolito Aldobrandini, a branch of the Borghese family; and Paul V, born Camillo Borghese, is also rated a Jew because this family, first known in Siena, was according to Semi-Gotha a German-Jewish family which ... 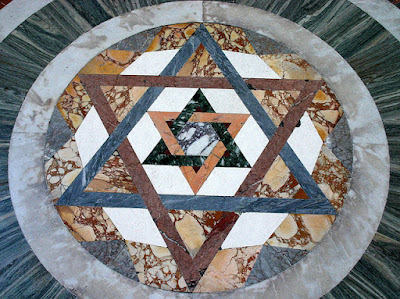 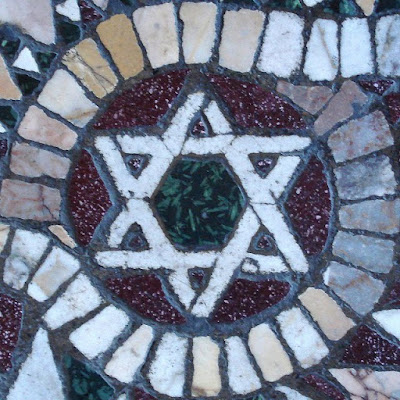 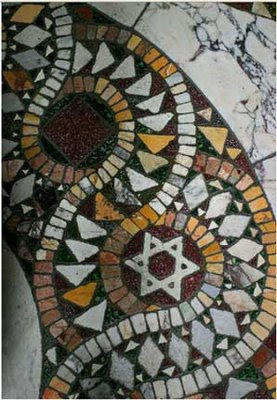 Star of David mosaic on the floor of the Vatican Library and Museum in Rome Italy. 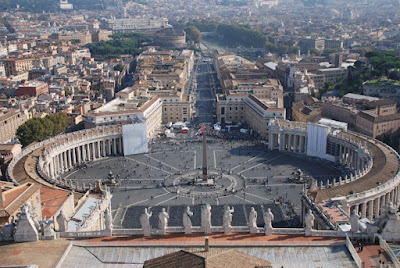